'A row of scorched cars covered in soot sat in a parking lot in nearby Dellwood, a manager surveyed the burned down building of the gas station where she works, and business owners assessed smashed windows and rubble from the fires.

"I know that there's at least a dozen buildings that have been set on fire," St. Louis County Police Chief Jon Belmar said at a press conference today. "Most of those are total losses. I know that I have two St. Louis County police cars that are basically melted on Florissant Road, just to the north of Suburban [Avenue]."' 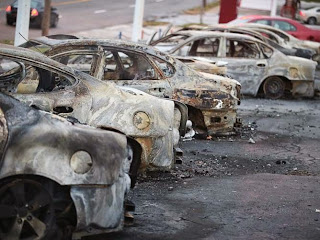 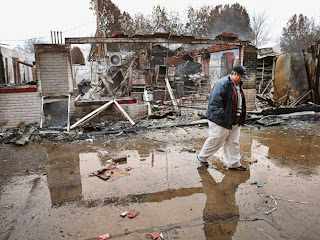 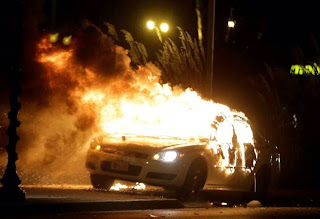